From Data to Innovation 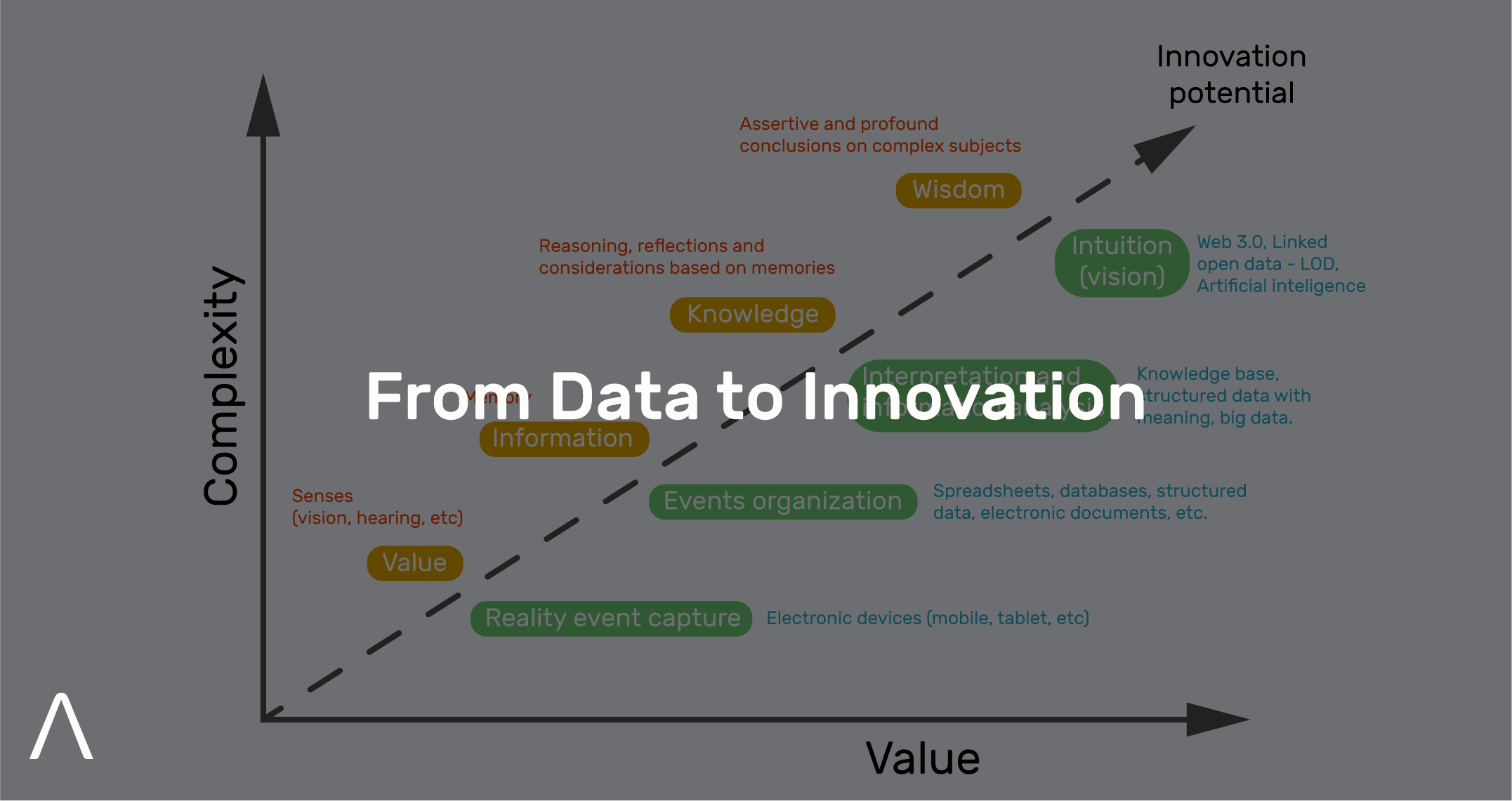 In this article we present an overlook of 4 pivotal concepts for the upcoming publications on the blog. We are going to explore the notion of data, information, knowledge and wisdom, which are associated to different levels of innovation potential (the capacity of transforming reality). We portrayed this on the image below:

We understand that two forces, complexity and value, respectively positioned in the vertical and horizontal coordinates, sustain the Innovation Potential. Therefore, the more on top right corner the higher the potential of innovation impact.

Besides the scale of to potential reality transformation, the graph also points out elements related to the human and computational elements according to each level within the scale.

Following are the meanings of each color elements;

To define each of the elements of innovation enhancers (data, information, knowledge and wisdom), we will use a thermometer as metaphor.

Looking at the figure, what can we infer from it? What is data, information and knowledge on it? Thus, what possible conclusions can we draw from the reading of a thermometer (intuition and wisdom)?

In this case, there is the following description for each enhancers innovation elements:

In this article we provide a bit o Aquarela’s views on the notions of data, information, knowledge and wisdom. Although there are a lot of debate on the topic its consensus is still on the way. In particular, the knowledge presented here are useful and will be the foundation stone to explain how the path of Web 3.0 is being paved by Big Data and the Linked Open Data in our point of view. For those who want to know more about the subjects covered in this article, we bring some reading suggestions following.