DALL-E 2 Artificial Intelligence and its impact on design 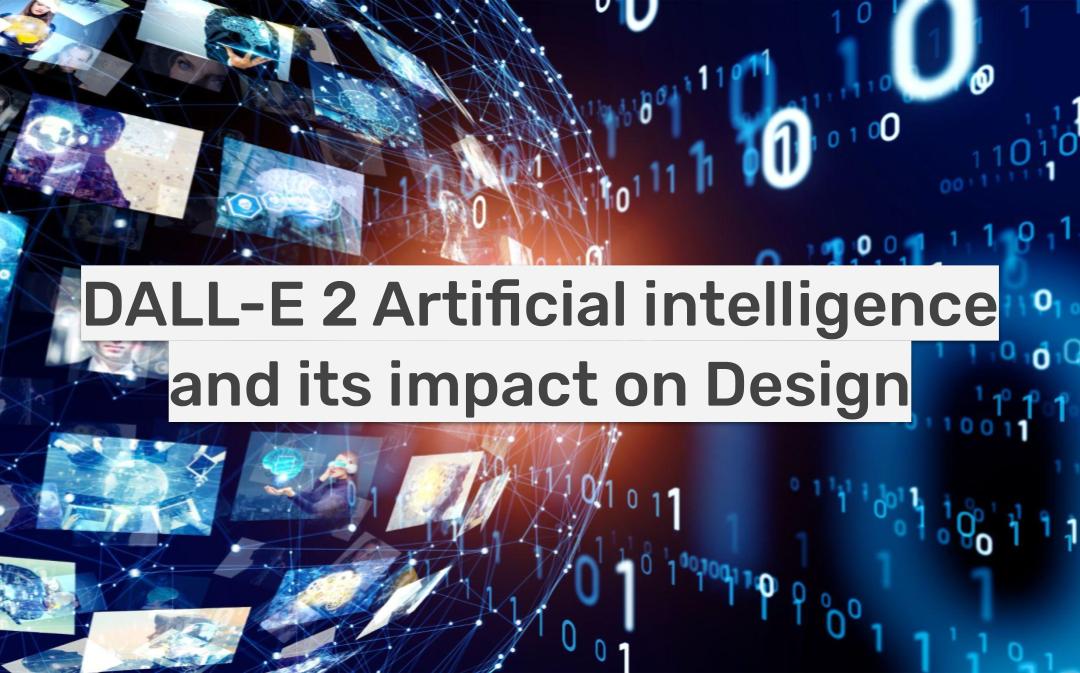 The Artificial Intelligence DALL-E 2, created by the company OpenAI, is a system that transforms images and texts into new images by synthesizing 12 billion parameters inherited by GPT-3. The model is trained using a dataset of text-image pairs. DALL-E 2 is the second version of this AI, and is being developed from the first DALL-E version, released in January 2021, being disruptive but still with several limitations and training needs. Now in the second version, it is possible to generate images with greater correspondence in 71.7% of the time in relation to the caption provided by the user and image resolution up to four times greater than with the original version.

The use of this AI in Design applications will bring numerous application possibilities. Being an Artificial Intelligence created with the aim of helping and enabling people to express creativity, several areas of Design will be affected.

The use of DALL-E 2 as an image bank resource is a favorable future alternative for Design and Advertising companies and agencies. This is due to the system’s extraordinary ability to replicate, transform and synthesize images, as well as include and exclude elements according to the user’s needs. However, consent is still awaited for the images to be used in the market, since, as it is under development and in an experimental process, only individual use and for non-commercial purposes is allowed.

The system’s contribution to several areas of Product Design and even Environments is rich. The use by professionals to create MoodBoards and generate new ideas can be an alternative for process optimization. Even so, the possibilities of surrealist images can cause confusion on the part of non-professionals, believing in the possibility in situations that do not correspond with the reality of application.

As a system capable of generating a huge diversity of realistic images, OpenAI reinforces its commitment to create an AI for the good of society, working on the new version already in testing so that some content is removed from training, limiting DALL-E 2 so that it does not generate adult, hateful or violent content, among other categories. The ability for realistic reproductions of real individuals, including public figures, is also being avoided.

While an Artificial Intelligence is still in testing and research, the possibilities of licenses for the use of images generated with DALL-E 2 are not known for sure.

As presented, the DALL-E 2 has several indications for improvements and implications when used in Design, it can be used as an excellent tool for professionals, educational institutions and even companies in general. Despite expectations being high and optimistic about the use and future of the system, it is still uncertain how it can be exploited.

Designer at Aquarela Advanced Analytics. Attending Postgraduate of UX Design and Agility, I am passionate about the areas of technology, innovation and behavior.

Data Scientist at Aquarela Advanced Analytics, pursuing a Master’s degree in Computer Science at Puc Minas with a focus on Machine Learning, academic researcher at the IMScience research group, graduated in Computer Engineering at Puc Minas and awarded with Academic Highlight by the Sociedade Brasileira de Computação. He has experience in Machine Learning, Deep Learning, Multi-Agent Learning and Data Science, as well as Python and SQL. Exchanged to France studying Software Engineering, participated in the research group LICAP (Laboratory of Applied Computational Intelligence). Always seeking to expand knowledge with external courses in order to learn and apply in the area in which it operates. Has an easiness to work in a group, and a leadership spirit.