Analytics and AI on Unicorns and Investment Funds 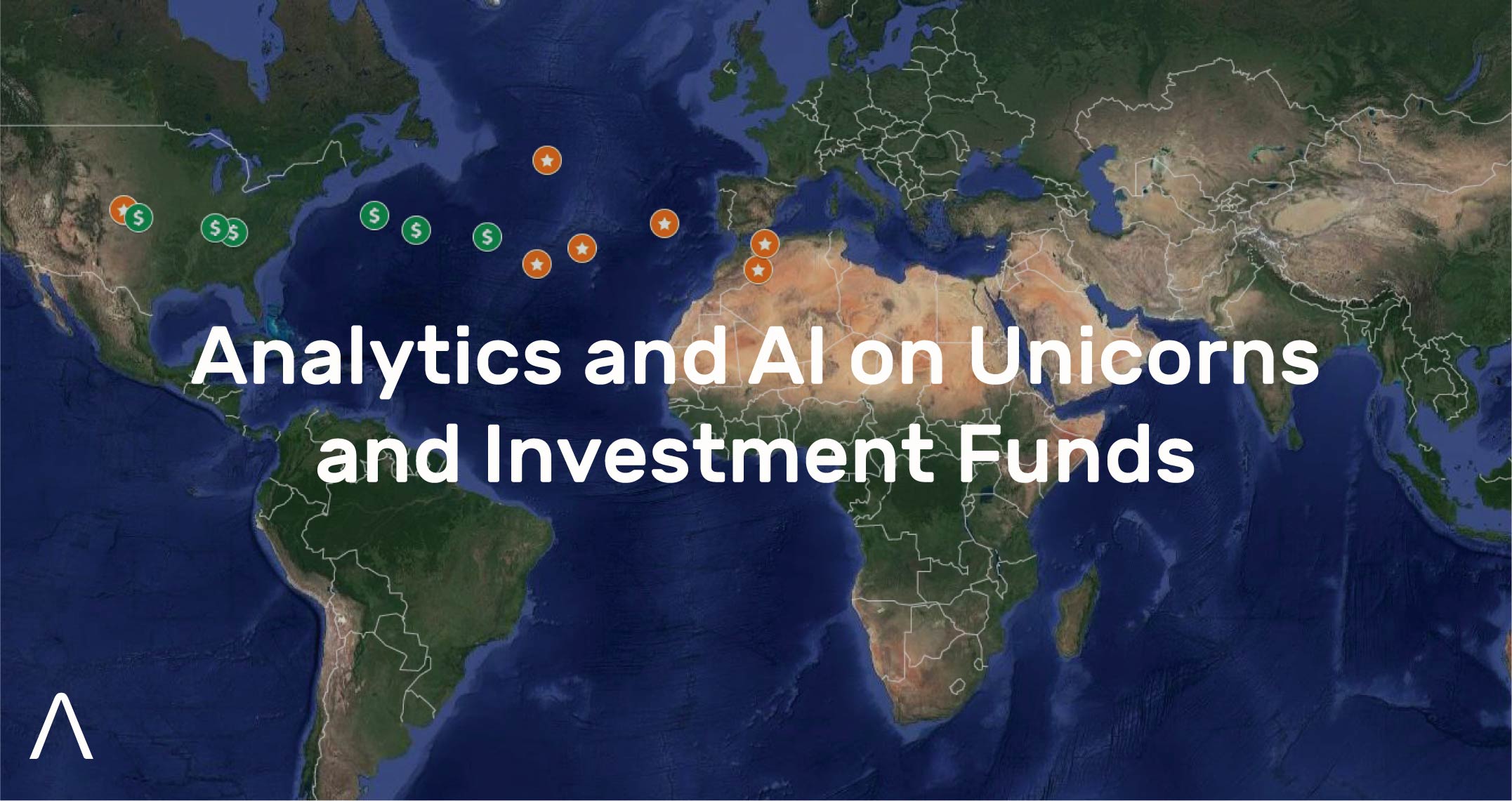 Interest is growing in start-ups that are causing disruption in all areas of business. These so-called unicorns (companies valued at over 1 billion USD) are impacting the lives of millions of people, as well as generating revenues comparable to the GDP of countries in a the short time span of just a few years, really just few years (averaging 1.6 years).

In this article, we present a current global scenario of unicorn companies (valued at over US $ 1 billion dollars) and venture capital funds associated to them. We analyzed the data using Data Analytics and Artificial Intelligence methodologies to find out relevant patterns on the subject, such as: the marginalization of Latin American countries in this market, the decentralization of the investment and innovation market caused by Asian initiatives, specially China, and the composition of groups with similar business and performance characteristics in general terms.

What are unicorn companies?

Unicorn companies are Tech-based startups with a valuation  above $ 1 billion worth, even before they are publicly traded. In November 2017, the total value of unicorn startups in the world corresponds to US $ 753 billion (42% of Brazil’s GDP). US $ 383 billion are from the US companies while US $ 253 billion from Chinese companies, which combined correspond to 84.4% of the total!

We collected the data sample published by the market research firm CBIsinghts with the following raw information:

Note: We execute several “cognitive capoeira”, which is the way we call data wrangling creative processes for the dataset enrichment and field validation. We simplify the number of categories as much as possible. We verified all the geographical positions and realized that some unicorn companies, mainly Chinese, were associated with the generic geographical coordinates due to the difficulties in language translation (or address translation) or they have migrated their offices to other locations. We focused on the place of origin of each.

Rankings of unicorn and georeferenced analyzes

The business scenarios encountered by VORTX artificial intelligence were named according to the most striking features from the point of view of Aquarela Analysts team.

From group 4 onwards, we consider companies “ultra-unicorns” which are the exceptions (or outliers) within the dataset.

They are US companies in the areas of eCommerce, Marketplace and Big Data, with an average valuation of $ 24.64 billion and average age of 6 years. The only two companies were Airbnb and Palantir and the investors were:

Companies in general of the logistics area, with an average valuation of 20 billion dollars and age of 3.5 years. The top industries in this group are Supply Chain and Logistics, and Facilities.

With $ 68 billion valuation, Uber gained a scenario just for itself according to VORTX. An interesting case of and outlier among already outlier companies. Belonging to the on-demand industry category, key investors are:

With a gigantic market to explore, China has a Uber-like company that is very strong in its local market and has a valuation of $ 50 billion in just 2 years from birth. The company is called Didi Chuxing. The main investors are:

Xiaomi, with valuation of $ 46 billion and 5 years in the area of ​​hardware with key investors:

China Internet Plus, with a valuation of $ 30 billion in 1 year in the area of ​​eCommerce / Marketplace. Key Investors:

Bloom Energy, with valuation of $ 2.7 billion over 8 years in the clean industry area. Key Investors:

The displacement of the American axis of startups unicorns

Although we see that most unicorns startups originate in North America, other points, such as Europe and especially Asia, began to gain strength in this market. The following gif file shows the mean of the unicorns’ geographic coordinates(latitude/Longitude) over the last 5 years (2012-2017) as well as the investors. It is possible to see how the axis has distanced itself from the United States, by the strong Asian movement! The trend also continues to be on the northern hemisphere.

The regional average of distances from venture capital funds (also called venture capital funds) presents relevant information in absolute terms: most investors are in the United States, but the center point of this axis is shifting to the right, so as the central point of the unicorns, which is already approaching Europe. Initiatives in the southern hemisphere are proportionately so low that they do not allow the points to be shifted to the central axis of the map. Only 3 funds are below the equator.

China’s presence in the global market for startups is staggering, featuring more and more ultra-unicorn companies. Moreover, the Chinese strategy apparently aims to create equivalent solutions of the American market, using its domestic economy and its cultural challenges faced by foreign companies to adapt to the solutions and different languages ​​and cultures of Chinese civilization. India presents more startups and investors, also contributing to the shift of the American axis.

In contrast, in Brazil there are no companies or investment funds listed in the ranking, until now. Although the country is one of the largest economies in the world, the large-scale technologies used in the country are traditionally American. Late entry into these new markets may represent something similar to the late entry into the industrial age, but on a much shorter time scale. The operating time of the unicorn companies is really very short, average 1.64 years. South Americans need to be aware of global movements.

Uber, the absolute leader, presents a model so innovative that it generates business advantages that are not restricted only to taxi drivers, but also to the technology industry, since its information service does not generate the invoice issuance at least in Brazil. Also the information of human flows in key strategical cities of the world allows UBER to extract a series of Big Data Analytics opportunities to commercialize this knowledge, and also serve as a competitive differential to the allied investment funds.

With the VORTX scenario discovery analytics, it becomes possible not only to understand the points outside the curve, but also to help entrepreneurs and investment funds choose the sectors and partner profiles that best fit the reality of each business. Also, taking the average investment geographic distance from each fund, it is possible to infer if there are greater or lesser chances of investing in a company that could become a startup unicorn.

More than half of these companies are based in the United States, followed by China which, in turn, is gaining a lot of space on the international scene, although very little is heard about these companies outside China.

We hope this report can assist mid/long-term investors and entrepreneurs. For any questions of comments, just let us know. 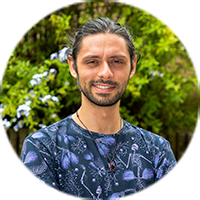